MassMail helps maintain and send newsletters and other types of bulk email. Using your own domain or email providers details you can create and send your own newsletters with ease.
The current version supports mutiple projects, subscribers and importing and exporting of html for use within other editors.
This application requires the Microsoft .NET framework 2.0, Sql Server 2005 or newer and a valid email provider. 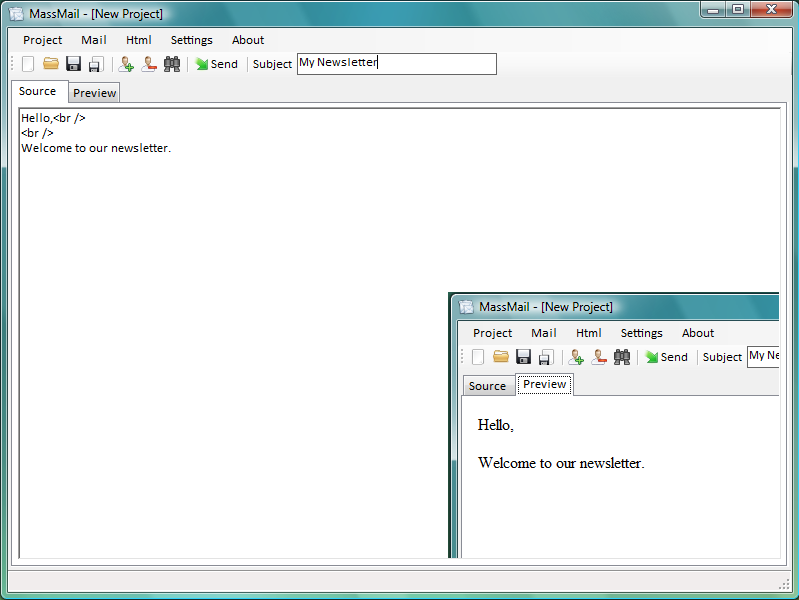 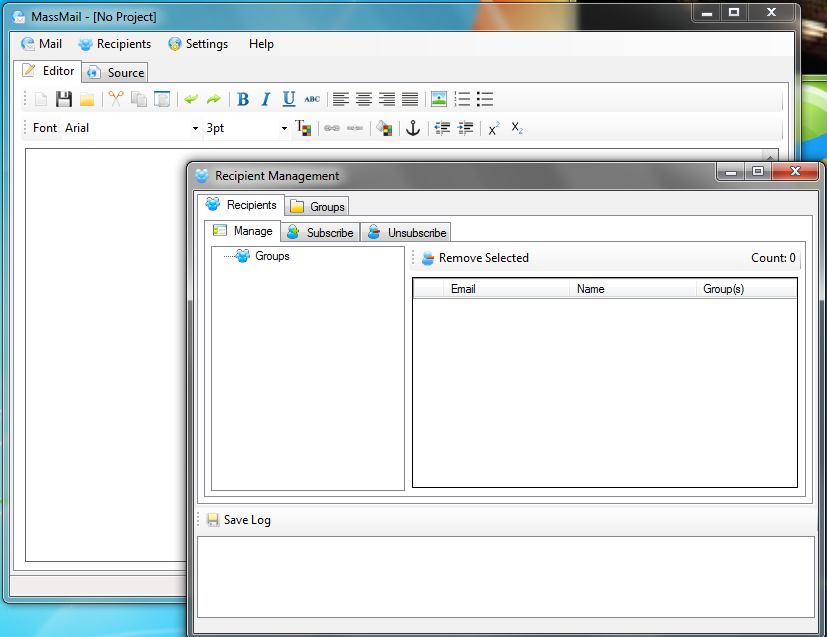